haven't got my glasses, what does it say?

It's interesting to see that the Greens have benefitted.

In a reverse of the UKIP phenomenon of the 2010s, it looks like Labour are being outflanked on their left.

If Labour can make a decent environmental offer they'd be optimistic of squeezing that vote pretty hard in a GE.

The Tories, on the other hand, have nowhere to go so will need to hope they pick up a lot of the don't knows. Tough when the economic conditions will be the worst in living memory.

It will be interesting to see WHO will collaborate to govern if those numbers stay pretty much the same.
Last edited: May 10, 2022
O

Daily mail will be happy
T

Wiseman_Vaughn said:
It will be interesting to see WHO will collaborate to govern if those numbers stay pretty much the same.
Click to expand...

I suppose it will be a very slim majority and maybe not enough to govern.

In the local elections recently the actual vote share was 35% Labour, 30% Con.

By-elections coming up soon.
U

Are the pollsters allowing for tactical voting behaviours in their calculations now, for translating percentages into likely seats?
T

afcb_acklam said:
haven't got my glasses, what does it say?
Click to expand...

This is a single poll and the 2% gain is almost certainly down to random sampling error, which has a +/- 3% variance

lets see what a bunch of other polls say before we go wetting our knickers shall we?

Ironops said:
This is a single poll and the 2% gain is almost certainly down to random sampling error, which has a +/- 3% variance

lets see what a bunch of other polls say before we go wetting our knickers shall we?
Click to expand...

It's been a long time since an anti tory Lab/Lib/Green progressive alliance was less than 15 points ahead of the Conservatives in any poll I think.
Z

Ah, YouGov. Again turning up at just the right moment. 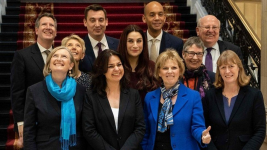 Their stance on Brexit weighs heavy around their neck like the Lib Dems on scrapping tuition fees. The 'B' word will no doubt stir up a lot of irrelevant nonsense.. but the fact remains.. they are not trusted to deliver. Keir Starmer and his cronies did well to tank the election in 2017 undermining and front stabbing. They did even better in 2019 making Boris Johnson look like the man to deliver democracy. They made him look trustworthy over Labour and Corbyn. No mean feat.

Their latest work increasing the vote for Lib Dems and the Greens is nothing short of miraculous. Heaven only knows how they are allowed to get away with it.

A Tory plant and them some! I still remember David Cameron screaming for Keir Starmer to be Labour leader in the HOC - weird that isn't it.

There you are, fixed it for you.
C

YouGuv being YouGuv and producing a poll to attract headlines, here's another poll...

Lefty said:
Voted in as an MP in 2015
Resigned under Corbyn in 2016 due to a combination of Corbyn's dithering wishy washy position on Brexit and taking into account the overwhelming view of his fellow MP's that Corbyn did not have the ability to be a good leader and would be a disaster for the Labour Party

There you are, fixed it for you.
Click to expand...

Brexit wasn’t a black and white question. Was is a wishy washy position or was it an issue that required a more nuanced response?

Representation and Democracy went out of the window when the chicken coopers rallied round to install their very own representative in Owen Smith. Trust was lost with the electorate and many defectors quite rightly lost their seats. - the very same Starmer wants to see back!

Roll on two years and with a general election seemingly in the bag, all we had to do was deliver the 2017 manifesto along with brexit and we were good to go.

Pro Europe bullingdon scarecrow stole a match and slapped ‘get brexit done’ onto an alarmingly fascist manifesto that nobody could be bothered to read. Starmerites professed to campaign against brexit and anything else that Corbyn could come up with. The 2017 manifesto was given a ‘third album’ makeover with no mention of brexit and a heavy reliance on cowbell (free internet)

Job done. Corbyn looks like a Russian Willy Wonka who can’t wait to trick everyone back into Europe! His band of merry independent blairites handed over votes to Boris as he hid away from interviews and scrutiny. 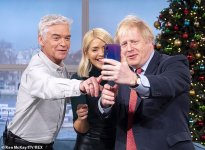 Lefty said:
Resigned under Corbyn in 2016 due to a combination of Corbyn's dithering wishy washy position on Brexit
Click to expand...

The 2016 chicken coup started the morning after the brexit vote, I don't think 'dithering' had much to do with it.