NeilInFrance said:
There has to be a safe place for Dad's jokes though!
Click to expand...

Maybe. It wasn't a dig at you btw. More at mysoginy more generally

A woman decides to have a facelift for her 50th birthday. She spend £15,000 and feels pretty good about the results. On her way home, she stops at a newsagents to buy a newspaper. Before leaving, she says to the assistant,

"I hope you don't mind my asking, but how old do you think I am?"

A little while later she goes into McDonald's and asks the counter girl the very same question. The girl replies, "I'd guess about 29."

Now she's feeling really good about herself. She stops in a chemist on her way down the street. She goes up to the counter to get some mints and asks the assistant this burning question. The assistant responds, "Oh, I'd say 30."

While waiting for the bus to go home, she asks an old man waiting next to her the same question. He replies, "Lady, I'm 78 and my eyesight is going. Although, when I was young, there was a sure-fire way to tell how old a woman was. It sounds very forward, but it requires you to let me put my hands under your bra. Then, and only then can I tell you EXACTLY how old you are."

They wait in silence on the empty street until her curiosity gets the best of her. She finally blurts out, "What the hell, go ahead."

He slips both of his hands under her blouse and begins to feel around very slowly and carefully. He bounces and weighs each breast and he gently pinches each nipple. He pushes her breasts together and rubs them against each other. After a couple of minutes of this, she says, "Okay, okay...How old am I?"

He completes one last squeeze of her breasts, removes his hands, and says, "Madam, you are 50."

Stunned and amazed, the woman says, "That was incredible, how could you tell?"

The old man says, "Promise you won't get mad?"

"I was behind you in line at McDonald's."

Elton John has had his Thesaurus stolen. After reporting the theft to Police, he commented, "It's sad, so sad. It's a sad, sad situation..."

And that is how sad our world is getting.

Laughing said:
In a few years time this kind of humour will be regarded the same as racist humour.
Click to expand...

16 sodium atoms walk into a bar, followed by Batman.

Good counting Lefty, did you have to take your shoes and socks off as well

WindyNook said:
Good counting Lefty, did you have to take your shoes and socks off as well
Click to expand...

I trusted my son when he told me it, he's a maths geek. 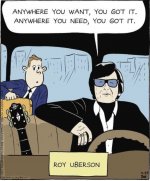 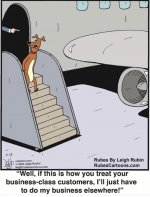 I'm never going to Camouflage Club again, no one ever turns up.

I've accidentally swallowed some Scrabble tiles. Going to the toilet could spell trouble.

A married couple were walking down Linthorpe Road. The wife says to the husband “Will you slow down, I’ve got a stone in me shoe”. The husband replies “A stone? You must have 15 stone in the other one then”. 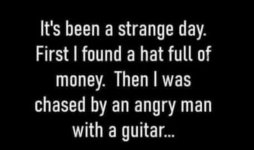 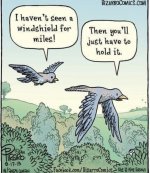 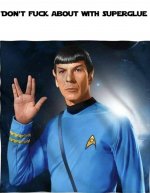 African Boxer "Prince Ncita" has just returned to the ring after having both feet amputated due to a horrific accident.

So far he's had 12 fights without defeet.
J

Chap wakes up in hospital after a horrendous car crash. After a couple of minutes he stars screaming “ nurse, nurse , I can’t feel my legs! “ To which the nurse replied “ of course you can’t, we’ve had to amputate your arms!!”
You must log in or register to reply here.
Share:
Facebook Twitter Reddit Pinterest Tumblr WhatsApp Email Share Link
Top