I've just been diagnosed with a rare form of amnesia which causes me to deny the existence of iconic 80s bands.

There is no cure.

My daughter just said her new vegan boyfriend is taking her out tomorrow. I said I would drive them both but he said I avacado!

HarryVegas said:
I've just been diagnosed with a rare form of amnesia which causes me to deny the existence of iconic 80s bands.

I’m no expert on Coronavirus, but this is The Cure. 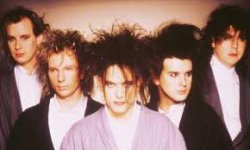 Whenever it rains, my wife just stands at the window looking kind of sad...

Maybe I should let her in.

Man goes to see the nurse.

She says "what can I help you with?"

"I'm a professional, I can assure I won't laugh" she replies.

He takes off his pants to reveal the smallest penis she's ever seen. It's the size of a bookie's pencil.

The nurse spends 10 minutes laughing her head off and eventually pulls herself together.

"I'm really sorry about that" she says "I promise you on my word as a nurse and a woman I won't laugh again. Now what seems to be the problem?".

Matt Hancock was doing an annual visit to a hospital. As always, he was looking for something to beat the NHS with to show how badly run and loss making things were there.
Hancock checked all the books and then did his tour. While on the tour he turned to the ward manager and said, "I notice you buy and use a lot of bandages. What do you do with the plastic middle out of the roll?" "Good question", noted the ward manager, "we save them up and send them back to Johnson and Johnson and every once in a while, they send us a free bandage roll. We like recycle whenever possible." "Oh" he said somewhat disappointed that his unusual question had a practical answer. But on he went in his tour to the next ward. "What about all these coloured casts you dispense. They seem to be rather a waste of money?"
"Ah, yes", replied the ward manager realizing that Hancock was trying to trap her, "we ask that any patient wishing a coloured cast donates £1 which is far in excess of the 10p the colouring actually costs". Hancock was determined to fluster the ward manager. So on they went to the next ward. "Well, what do you do with all the remains from the circumcision surgeries?" "Here too we do not like wasting", said the manager.
"What we do is save all the little foreskins and send them to the government in London and about once a year, at this exact time, they send us a complete pr*ck".

I don't know why people are surprised at the latest Tiger Woods news, he had a car crash only last November at Augusta. A 10 at a par 3 ffs!

Lefty said:
I don't know why people are surprised at the latest Tiger Woods news, he had a car crash only last November at Augusta. A 10 at a par 3 ffs!
Click to expand... 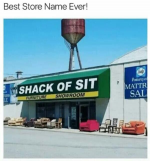 I spotted this whilst working in Ghana.... 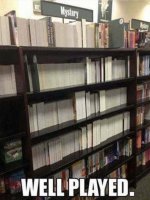 Do you struggle to keep your eyes open after using your iPad?

There's a nap for that!

My grandad recently sat behind U2 at an awards ceremony. He was really enjoying it until he sneezed but then his teeth were on edge for the rest of the evening.

My wife just left me because of my obsession with cricket...

It's really hit me for six!

I've only been able to listen to the work of one composer throughout this pandemic - Drycoughski.

A man was checking in for his flight from Heathrow to New York. He told the agent he wanted to check in 3 bags. The burgundy coloured one he wanted to go to Los Angeles, the dark green one to Dubai and the yellow one to Johannesburg. The agent said "We can't do that." "Why not?" he replied. "You did it last week" .
You must log in or register to reply here.
Share:
Facebook Twitter Reddit Pinterest Tumblr WhatsApp Email Share Link
Top
X