To Ukraine With Love From Teesside

The donation came from the club’s share of the gate receipts for the recent FA Cup tie against Chelsea but was made on behalf of “The people of Teesside.”

“This fabulous donation is being made by the club on behalf of the people of Middlesbrough and Teesside,” said Andy McDonald MP.

“The Disasters Emergency Committee is a long-established body that brings together 15 leading UK aid charities at times of crisis, not only to raise funds but actually deliver the expert and immediate humanitarian aid on the ground.

“In addition to the aid and assistance delivering shelter, support and sustenance to the Ukrainian people fleeing this appalling war, the DEC charities will also be able to work with trusted partners on the ground in Ukraine and in the neighbouring countries.

“The generosity of the club and the people is immense but never surprising and this donation is going to make a real difference to thousands of Ukrainian people in desperate need.”

DEC’s member charities are made up of: Action Against Hunger, Action Aid, Age International, British Red Cross, CAFOD, Care, Christian Aid, Concern Worldwide, International Rescue, Islamic Relief, Oxfam, Plan International, Save the Children, Tear Fund and World Vision who together, bring the full range of specialisms to areas of the world in crisis and that are so desperately needed right now in Ukraine. 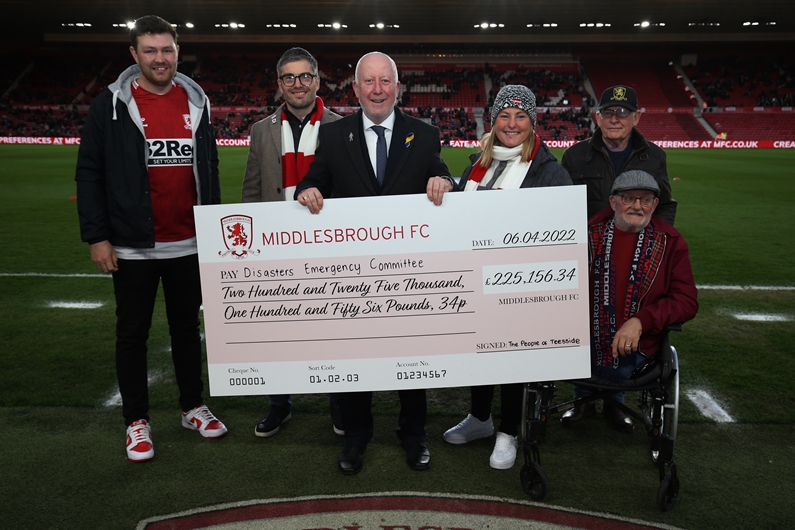