Dan Barlaser not for sale!

Just a matter of time now
B

Every player has a price. 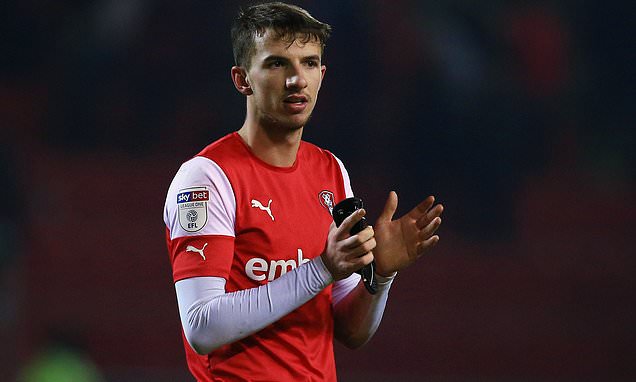 Middlesbrough have been told that Rotherham midfielder Dan Barlaser is not for sale at any price, despite the 25-year-old having six months to run on his contract at the Championship club.
www.dailymail.co.uk

According to the Daily Mail we've had a 900k bid rejected and despite initial encouragement from Rotherham they say he's not for sale.

He's not signing a new deal but not kicking up a fuss to move.

The way I see it is, he'll probsbly end up here in the summer If we remain in the championship. If we end up in the PL I'd imagine the club would have more PL ready targets and he'd no longer be on the list.

Will he force the move before the end of the window? Or stay put.

Ardon Jashiri's name mentioned in midweek. I'd imagine he's a target for both scenarios at his askin
Click to expand...

Another midfield clogger, he will fit in well

Just arguing about the price.

No opinion either way on whether we should be recruiting him, I can't say I've ever seen him play?

No opinion either way on whether we should be recruiting him, I can't say I've ever seen him play?
Click to expand...

Played against us earlier in the season, but I wouldn't blame you for forgetting that 8pm 0-0.

No opinion either way on whether we should be recruiting him, I can't say I've ever seen him play?
Click to expand...

They need a replacement first, Jon Russell from Huddersfield was supposed to be on his way..
S

MC will decide who we get , if Barlaser is his choice I will back his judgement, but, I think we can get better .

Simply red said:
MC will decide who we get , if Barlaser is his choice I will back his judgement, but, I think we can get better .
Click to expand...

the yoofs and foreigners are always better.. they could be the next.. big thing!
K

Rofesleg said:
I don't know if I've misunderstood your point, but no-one will pay £3m in 6 months. He will go for free.
Click to expand...

KiwiBoro said:
They won't pay Rotherham 3M but maybe he and his agent would want that as a signing on fee
Click to expand...

Blackpool we’re said to be interested and they went elsewhere.. gotta strike when the iron is hot with these things! Where is he moving to in the summer and for what money?

It's funny how some think we can do 'better'. I've only seen the guy a couple of times but looks decent. Also a good age and champo experienced. No messing around 'getting used to the league' etc.

The best recommendations we can have is the response of Rotherham fans. Laughing at our offer and saying how good he is. They see him every week. Just remember Crooks cost 1mil.

Yet dross like Payero (yup I'm saying he's a waste of money) and Saville cost 4-7mil.

Rotherham cant afford to turn down £900k. [Reported Mail Online]
They`l get nowt when he packs his bags in summer. 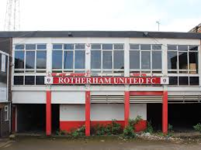 That doesn't look like New York to me Roofie aha
C

Sound buy if it happens, we need champo experience players

Sexpom said:
We managed it with Darragh right enough. I don’t think Barlaser would be as expensive as him.
Click to expand...

Barlaser is a 25 though, and has a lot better potential, but we did well getting Lenihan!

newyddion said:
They need a replacement first, Jon Russell from Huddersfield was supposed to be on his way..
Click to expand... 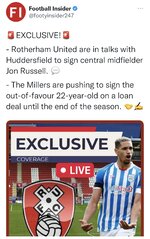