Can Boro Cut The Mustard At City? 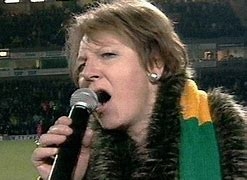 We’ve hardly had time to conclude the social media post mortems after the Rotherham horror show on Wednesday and now it’s time to dust ourselves down to take on the (almost) runaway league leaders.

Norwich, after their tri-annual sojourn to the Premier League are back for what seems it should be a brief visit to the ‘best league in the World’ (I wonder if Warnock’s was still thinking that on Thursday morning?!).

The Canaries looked a class above anything else I’ve seen this season without really getting going when we played them earlier this season. Indeed it was frustrating that we didn’t get a point after Tav’s Zenden impression for our spot kick and Coulson needlessly gifting their penalty. Norwich come into this game after a bit of a break from Championship life where they were dumped out of the FA Cup by Barnsley. I doubt Farke was particularly bothered by that defeat as the prize would have been a drubbing against Thomas Tuchel’s Chelski in the next round. Prior to that the Canaries had

Norwich appear to have kept the spine of their title winning side of 2019, in ex barcode goalie Tim Krul and Finnish striker Timor Puki (he’s not Finnish he’s only 30J). Some of the exciting young players, like Todd Cantwell, who didn’t look out of place in the Premier League are also boosted by familiar faces to us Boro fans, Ben Gibson and Jordan Hugill.

Indeed to many of the Boro diehards the Norwich model is something the Boro should aspire to, pop up to the Premier, pocket the cas and parachute money and then buy players to improve them. The signings of such as Puki suggest that they have some recruitment success, I can’t remember the last time we stumbled on a prolific striker on a free transfer!

As for the mighty reds Warnock should be glad to have the opportunity to put the two disappointing home defeats behind us and may well introduce new signing Yannick Bolasie, hoping he can create Yannick on the streets of the Norwich defence. I expect the gaffer to shuffle the pack after two fairly abject attacking displays and hope he goes back to the old 3-5-2, which to me seems to suits the players at our disposal with our injuries. My starting eleven then…..

Wing backs – Djed Spence and Marvin Johnson – I hope never to see young Djed at right back ever again and assuming Dickie Steel is still out would play him where he is more comfortable. Neymarv hasn’t let us down this season, occasionally scores and puts in a good cross. I have been surprised that Johnson hasn’t featured more recently, but maybe COVID is still an issue?

Centre backs – Again assuming no Dijksteel I would have Bola in a three with Paddy and Nathan Wood. I thought young Wood was one of the few positives on Wednesday, but he has been badly exposed in the last two games playing in a back four with walkabout Spence and an out of sorts Paddy.

Midfield – Probably picks itself for a tough away game so Jonny, George and Sam. I f you were at home I might have been tempted to chuck in FMTTMs own Lewis Wing for his shoot on sight policy.

Two up top – This is the toughest part of the selection. Watmore, the best of a bad bunch on Wednesday should play just off a main striker, probably toss a coin for this between Britt and Chuba. Maybe if we put them together we would have a half decent striker, but I’m sure even Delia would complain if we played with 12

Bench - Bolasie to add his magic late on?

Prediction: heart one nil Boro (Howson against his old club)…. head a routine win for Norwich

Let’s Be Avin You, UTB - OTTO
Reactions: BobUpnDown, Centralscrutinizer, r00fie1 and 2 others