I don't know the answer to this, but who was the last non-Olympian to win SPOTY in an Olympic year.
And no smart Rs tell me it was LEwis Hamilton as 2020 was the Olympic year.
Click to expand...

I think she's got a great chance of doing that this year.

Without diminshing the achievements of any Olympians, I don't think they threw up a clear candidate.

A few could make the case for life long achievement (Peaty, the Kennys and Whitlock) but that's not really what the award is for.
Last edited: Sep 12, 2021

I see Nigel Farage has got in on congratulating Raducanu.

Bit rich considering his comments regarding not wanting to live next door to Romanian people moving in. People like her Dad

Yes Damon Hill in 1996. Mind you, Pedant that I am, arguably Brad Wiggins won it in 2012 for his TdF win rather than his Gold in the ITT.
L

Chris_Boro said:
I see Nigel Farage has got in on congratulating Raducanu.

Bit rich considering his comments regarding not wanting to live next door to Romanian people moving in. People like her Dad

It's almost as if the immigration that the likes of Farage fears so much, actually makes us culturally richer and simply better as a United Kingdom.
Click to expand...

Between the two players seven countries were represented at the US Open final (GB, Canada, Romania, China, Ecuador, Philippines, US). I personally think that's brilliant.
Z

festa5 said:
Between the two players seven countries were represented at the US Open final (GB, Canada, Romania, China, Ecuador, Philippines, US). I personally think that's brilliant.
Click to expand...

The world is shrinking every year which makes Brexit all the more utterley pathetic and embarrassing.

zzzzz said:
The world is shrinking every year which makes Brexit all the more utterley pathetic and embarrassing.
Click to expand...

Could not agree more

What I don't understand is that is seems that a lot of die-hard hyper-patriotic English white racists don't have English surnames themselves. I was born in Ireland to Irish parents, but because I'm white, I'm not seen as an immigrant. If they checked their heritage, they might be surprised to find where they come from too.

Abel Tasman said:
Yes Damon Hill in 1996. Mind you, Pedant that I am, arguably Brad Wiggins won it in 2012 for his TdF win rather than his Gold in the ITT.
Click to expand...

I agree, he wouldn't have won it on the basis of his Olympic medal alone, but given the competition that year, he may not have won it without the Olympic gold too.
Either way, he was an Olympic champion.

She was On us tv this morning

zorro_mfc said:
She was On us tv this morning

What a great interview. Thanks for sharing Zorro

Somebody else already said this, but just when you thought she couldn't get any more impressive, when she was asked if she had any message for her Chinese fans, she came out with this.

If Wilder was a paper champ, then AJ isn’t much better.

Pretty much most of his defences were against over the hill fighters like Povetkin and Pulev, or other paper champs like Parker. Then basically C level fighters like Takam, Breazeale etc.

Despite how Eddie Hearn builds it up, AJ’s CV isn’t exactly murderers row when you look at the reality. Some good names but the better ones were way over the hill. The next fight with Usyk is a good one though, real close fight in my opinion. People look at Usyk and Chisora and think Usyk will struggle at heavyweight but AJ isn’t a pressure fighter and swarmer like Chisora. He will give you room to work which might be a real problem against Usyk. Usyk has years of experience with big heavyweights in sparring and also the WSB before he turned pro. So when it comes to the stylistic matchup with AJ, I don’t think size is going to be a huge factor. I think that’s a real fight and massive credit to AJ for taking it and not vacating. I think it’s easily his biggest test since Klitschko, maybe even more so.

Fury has other good wins that get overlooked too, he took Chisora’s 0 and also give him the biggest beating anybody has in the second fight. still the only fight Chisora has never been competitive in. Bearing in mind Chisora is nearly 40 now and still giving younger and good level heavyweights hell, I think retrospectively, they were very good wins, especially handing him his first loss.

Also you can’t say Fury’s win and AJ’s win over Wlad is equal. No fighter gets better at 40 years old with 18 months out of the ring, it doesn’t happen. Fury beat the better and younger version who had dominated the division for 10 years, that’s just fact. If Wlad still had the confidence to finish the job, he would’ve stopped Joshua. Styles make fights anyway, Joshua stylistically was probably a tailor-made appointment for young Klitschko, fairly flat footed who will stand right in front of Klitschko’s jab. So with all his experience, He was always going to be a tough fight for AJ because he made a career fighting a lot of stiff upright fighters like AJ. That’s why he looked good in that fight, despite being older inactive and not the same fighter.
Click to expand...

So much nonsense I don't even know where to begin. I'll give it a go though...

Wilder hasn't beaten a top 10 fighter other than Ortiz in his entire career. Even Ortiz is a questionable one. The guy sparred Mike Tyson back in the 80's if you believe what you read. Not only that but his ticker is dodgy and he's got nobody of note on his record.

Joshua has beat Whyte, Klitchko, Povetkin, Parker, Pulev & Ruiz. All top 10 fighters. You can dismiss some of them because of age if you want but Povetkin and Pulev were mandatory so it's not like they were cherry picked.

Joshua's record is far and away the best in the division. To deny it is ludicrous. 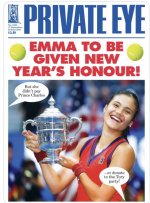 Can we keep the dull, done to death, Joshua Fury debate to another thread.

Unless Emma is taking up boxing next.
L

Oh, and of course she speaks Romanian, as well: