Predictions for the future

Farmland will give way to rewilding projects

Vertical farming and hydroponics will become the norm

TRANSPORT
Petrol & diesel cars will only be seen at show events, much like steam engines are now

Cars. trains & planes will be electric

Large ships will be nuclear or hydrogen

ENVIRONMENT
Sheep farming will be a thing of the past and the N York moors, Lake District etc will be rewilded and covered in trees

Instead of livestock, farmland will be used for flax, hemp and linen for clothing

FOOTBALL
Sir Steven Gibson, having been given a knighthood for his services to Middlesbrough FC, will step down and sell the club shares to a fans consortium

Rice pudding, declining in popularity for decades will be rebranded with a trendy new name and a hashtag: #RPudz.

It's looking very much like a worldwide fascist dictatorship, folks plugged into 'meta' like the matrix, robots, automation and ai doing a lot of the work.. maybe the very rich and fortunate will be able to work manual jobs and consume food that is naturally grown.

I've been saying for years that the CRISPR technology will lead to genetic body modifications being seen like todays tattoos and piercings. Glow in the dark skin anyone? Nevermind the hipster beard.. hipster tusks are the future!

There'll be those who live in a digital paradise pumped full of nutrients and zapped with feel good brain stimulation and those from generational wealth rich enough to modify their bodies beyond recognition and experience a whole range of diseases purely for leisure.

I'm still awaiting delivery of the flying car I was promised in my 1960's Look & Learn mags.
C

The "rise of the machine" will *hopefully* lead to UBI across the board.

Whilst the short-term view is pretty diabolical I think the next generation seem to be more socially minded (thank god), or maybe it's just a kick back against older generations. I foresee a fairly strong and hopefully lasting, switch to the left for most of the large Western democracies in the next 10-15 years.

We will be recovering from a Third World War.

HarryVegas said:
I'm still awaiting delivery of the flying car I was promised in my 1960's Look & Learn mags.
Click to expand...

I still want my xray specs

Within fifty years ..
Sunderland will leave league one...
For one season.
Newcastle United will have relocated to London.

2071. New variant of coivd found in an inflatable unicorn in a swimming pool in Ibiza.
R

Newcastle will still be talking about signing Mbappe in the Summer ..

Littlejimmy said:
2071. New variant of coivd found in an inflatable unicorn in a swimming pool in Ibiza.
Click to expand...

Within a year Boris Johnson will have got fed up of Carrie and be groping someone else.

Lefty said:
Within a year Boris Johnson will have got fed up of Carrie and be groping someone else.
Click to expand...

I always thought we would be driving about in George Jetson type cars by now. 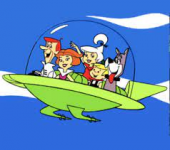 HarryVegas said:
I'm still awaiting delivery of the flying car I was promised in my 1960's Look & Learn mags.
Click to expand...

Didn't see this when I put my George Jetson car up.

Living on the moon, mars and under the sea.
All utilities and transport options will be nationalised.
China will have overtaken America as the world's most powerful and prominent superpower.
An independent politician will be the prime minster of this country. Likely and hopefully a female too.