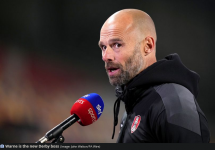 * He`l be laughing if he lasts half as long at Rams as he`s done at Millers.
Flippin twit

Seems a really weird fit for me. They've signed some good ballers, but now got a coach who doesn't play that way, much more direct, and compact. People go on about 2 league one promotions, but the only reason he was in a position to get league one promotion was through 2 relegations. So you can look at it two ways.

Anyway, worst of luck to him, would to see them fester in League one for a few years, and their fans attitude on twitter recently for not being top of the table 4 months after nearly going out of existence and claiming all they want is their club to survive, is grade A hypocrisy. Plenty of decent Derby fans I'm sure, but they have a higher than normal % of delusional idiots

Could Johnny Woodgate be in the frame to replace Warne? 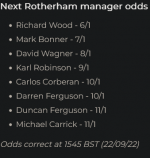