Article Gallery (2)
By Dr Tosh Warwick and Dr Chris Stride​
Brian Clough was one of Middlesbrough’s most famous sons who, after breaking goalscoring records for his hometown club and rivals Sunderland, went on to make a global impact in the world of football through his League-winning exploits with Derby County and his transformation of Nottingham Forest from a second-tier outfit to twice-European champions. For Forest fans he was the man who ‘Walked on Water’ and for Clough himself, he was in the ‘top one’ of managers.

A famous son of Middlesbrough

Following Clough’s death in 2004, moves were soon underway in his hometown to commemorate Old Big ‘Ed and the local community. Local Councillor John McPartland gathered together a statue organizing committee consisting of other local politicians, Clough’s family and the local media. The members identified Albert Park – the route from the striker’s Valley Road home to Ayresome Park – as the right place for a statue and when Middlesbrough’s current Riverside Stadium was suggested as a potential location, were against this idea saying that he had no emotional or historical connection with Boro’s home since 1995. Along with Heritage Lottery Fund support, fans from around the world came together to raise money, spanning sponsored bungee jumps from the iconic Tees Transporter Bridge to British Sea Power hosting a fundraising gig. In 2007 assisted by local schoolchildren, the Boro great’s widow unveiled the statue by Vivien Mallock on an emotional day in Albert Park as members of the Clough family, the local community and fans from across the country looked on proudly.

Slaven and moving from Albert Park

Last month, former Boro striker and Clough admirer Bernie Slaven took to petition site Change.org to launch a campaign for ‘The Statue of Cloughie should be moved from Albert Park to Riverside Stadium so it's safe’ alongside statues of club legends George Hardwick and Wilf Mannion. He expressed his embarrassment “that the statue of Clough was surrounded by fencing, no doubt due to it being vandalised”. Within two days over 1,000 people backed the campaign to relocate Cloughie, although few who backed the move offered any compelling case for relocation beyond creating a collective of statues at the Riverside, with one contributor backing removal as “he's a legend in the game and he's a Boro lad, nuff said” and another simply offered “Bernie said do it”.

Mayor of Middlesbrough Andy Preston has seized on the populist fervour around the proposals by “The Wolfman” by turning to social media to ask his tens of thousands of followers “Cloughie – Should He Stay Or Should He Go?” Framing the proposals as “the Big Boro Debate”, Preston dismissed the suggestion damage was caused by vandals and that the fencing is in place to protect the statue whilst it awaits “expensive repair” owing to damage caused by people hanging on the statue whilst taking photos with the sculpture.

Albert Park as the home of Clough

In contrast to his ability to hit the target in his Ayresome Park days, Slaven is wide of the mark with his proposals to remove Clough’s statue from the context and community that shaped it. The very design of the statue is shaped as much by Clough’s connections to Albert Park as his Boro career. It depicts the Young Man’s walk – donning training gear with football boots slung over his shoulder - through Albert Park from his Grove Hill home en route to training and matchdays at Ayresome Park. This contrasts with the more typical football sculpture of a player shooting or celebrating and underlines how the statue is shaped by - and crucially located in - the world that Cloughie knew, a short distance from his Grove Hill home, the site of Ayresome Park and the location of the building that housed Rea’s Café where he met his wife Barbara. As Clough recalled in a 1990 interview at Ayresome Park:

“This is where it all began player-wise and every single aspect of life. So many happy memories on this pitch it would take me hours to even tell you. But a few goals went into the net behind me and more went in that end.”

Of his connection to Albert Park, the then manager of Nottingham Forest recalled:

“When I worked at Middlesbrough Football Club as a player I used to walk through Albert Park. And there was Rea’s Cafe at the corner of Ayresome Street where we used to go for a milkshake after training, or an ice cream or whatever we could afford. But mainly we just used to sit there because we had nowt. And I met Barbara in Rea’s Cafe and it was the best thing I ever did in my life – was I lucky.”

As well as following in the footsteps of the great man, his autobiography Cloughie: Walking on Water reveals further connections to Albert Park predating his Boro days. In fact Albert Park was where Clough spent much of his childhood:

“I vividly remember a scary feeling inside when I decided to do a bunk and spend the afternoon in Albert Park, tadpoling in the stream. I fell in. I was terrified of Mam and Dad finding out…but somehow I managed to talk my way out of trouble and they never discovered the truth.”

In fact, in an interview with Slaven, Clough recalled the centrality of Albert Park in his sporting life alongside the nearby Clairville Stadium and cricket at Acklam Iron and Steelworks Athletic Club, reminiscing at how he was so often late for training at Ayresome Park that rather than a leisurely walk his passage through the Park tended to be a run!

More recently, the statue’s sculptor Vivien Mallock reflected on the creation process and was in no doubt that the statue should remain in place:

“I created the statue as Brian Clough’s wife Barbara told me that he used to run through Albert Park when he was late for practice. The statue should absolutely stay in situ in the Park, it looks great where it is and that is its history.”

Only a week prior to sharing news of the petition, Mayor Andy Preston took to social media to declare the council was “Restoring Our Historic Gem” and stated his commitment to “breathing new life” into Albert Park. The real focus from the local council leader should not be on entertaining or providing a platform – with extensive reach - for debates around costly suggestions to strip Albert Park of a key heritage and visitor asset, not least when the proposal is underpinned by judgements that misunderstand the purpose of the statue’s temporary fencing and wrongly criminalise users of the much-maligned Albert Park as vandals. Instead, as part of investment and treasuring Albert Park as one of Middlesbrough’s “Historic Gems”, money that might be spent on relocating the statue could instead be invested in repairing and enhancing the tribute to Cloughie as soon as possible and with it enhance one of the green space’s cultural assets.

Such investment could feed into existing heritage provision and a renewed interest in the area’s sporting heritage. Last year, working collaboratively with co-author Dr Tosh Warwick’s Heritage Unlocked, Middlesbrough Council’s Public Health team and Hinton Design, a new interactive ‘From Ayresome Park to the Riverside’ Huntee Heritage Trail was developed to encourage active heritage exploration of the Boro’s intimate connections to the town. Taking in Albert Park (the club’s first home), other former grounds within a short walking distance of the statue, as well as an array of sculptures by internationally-celebrated artist Neville Gabie at Ayresome Park, the football trail has seen people across the generations discover and appreciate the town’s sporting heritage. Further investment could go further in telling the story of Middlesbrough’s Clough, including near the statue and at the nearby Dorman Museum, and the broader relationship of the football club. Such a move would surely prove popular and encourage more footfall across Middlesbrough, active exploration of the town and patronage of cultural and heritage provision.

With respect to arguments around protecting the statue from what has been accidental damage caused by people climbing on it, a set of railings or perimeter around the statue would help enhance and protect the asset at the heart of the new renovations. This is surely preferable to stripping Albert Park of this sporting heritage asset by removing the creation from the very place and context that inspired its form. Issues of anti-social behaviour in the Park – well documented in the local media and on social media groups – should not be a reason for removing assets and instead focus should turn to addressing these fundamental issues rather than denying users of the space cultural engagement with Albert Park’s most famous patron.

Let’s hope Clough’s statue, shaped and celebrating his relationship with Albert Park and Middlesbrough, remains in place with a new lease of life following renovation, interpretation and exploiting new ways to showcase the story of Cloughie to the people of the town and visitors from around the world. 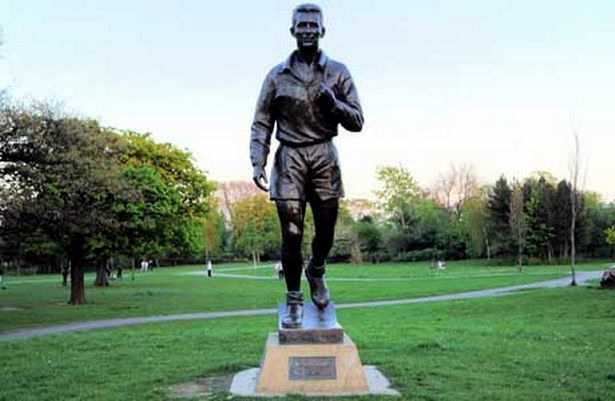 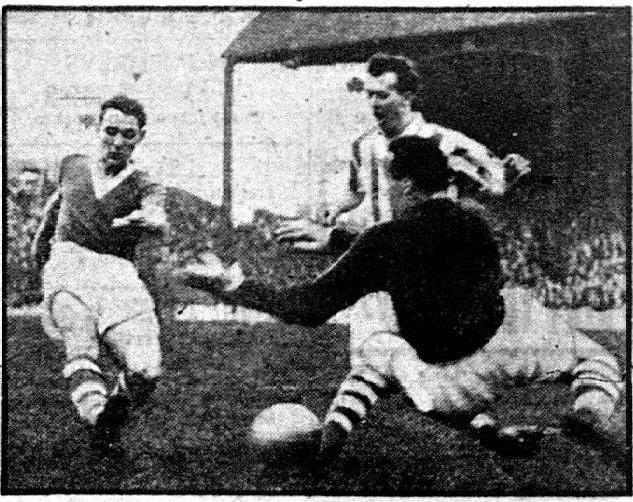