Article Gallery (1)
Sir Bobby’s Football Run began as a charity fundraising activity during lockdown last year and has now become a way for football fans and North Easterners living across the world to show their support for the Sir Bobby Robson Foundation.

The first Football Run saw runners all over the UK pulling on their favourite football shirts and running 10km, which is the same distance a top-flight footballer runs on average during a game. It raised thousands of pounds for the Foundation, which is part of Newcastle Hospitals Charity.

Next month, the second Football Run begins with runners from as far afield as the USA and Australia, already signed up.

Free to enter, runners can the 10km whenever and wherever they like during April. Or, if 10km is too much, they can choose to run ‘half a match’ and do 5km.

Jack Brennan, age 31 and originally from Langley Park, now lives in Boston, Massachusetts, and will be running in his beloved Sunderland AFC shirt.

Jack previously worked for County Durham company, Esh Group, and moved to the USA in 2020 to join an international consultancy as a Contracts Consultant. He now works on a project installing a new signalling system across the Boston commuter rail network.

Jack says: “I’ve always been a huge football fan and played locally for City of Durham FC before joining Langley Park Working Men’s Club when I was 16. In fact, we all met Sir Bobby when he visited the club around 2007.

“I’m still playing socially here in Boston and when I heard about Sir Bobby’s Football Run, I was more than happy to sign up and raise some money for a great cause, which is helping people back home facing cancer.”

Sir Bobby launched his Foundation in 2008 and it has gone on to raise over £16m to help find more effective ways to detect and treat cancer, working within the NHS and in partnership with other leading charities and organisations.
Newcastle United fan, Jack Stanley, emigrated to Brisbane, Australia, with his wife, Katy, in 2018. The couple have since had a little ‘Aussie Geordie’ daughter called Eleanor.

Jack, aged 35 is a mental health social worker and originally from Prudhoe. He continues his connection with the North East by contributing to a Newcastle United podcast, The Toon Under Podcast, and previously raised money for the Sir Bobby Robson Foundation by running the Great North Run in 2015.
He has personal, family experience of the work funded by the Foundation and was keen to sign up for Sir Bobby’s Football Run.

Jack says: “Sir Bobby Robson is a name that transcends continents. The Foundation already has strong support from exiled Geordies in Australia and Sir Bobby’s Football Run is an amazing opportunity to raise some money and awareness 10,000 miles from home.

“I can’t wait to pull on my Newcastle top for the run this April! I’ll probably do my 10k in the city towards the end of the month when the weather cools down a bit.”

The first Sir Bobby’s Football Run had supporters aged from five to 93 taking part, as well as fantastic take up from junior football clubs.

In West London, Hanwell Town FC striker, Gareth Chendlik, chose to run 10 Football Runs and there was even one Sir Bobby’s Football Row - 10km completed on a rowing machine.

Free to enter, Football Runners are asked to try and raise £50 in sponsorship, which will then help the Sir Bobby Robson Foundation fund a range of cutting-edge cancer treatments and innovative support services that directly benefit patients from across the North East and Cumbria and which play a significant role in the international fight against the disease.

For more information and to sign up for Sir Bobby’s Football Run, please visit https://newcastlehospitals.enthuse.com/cf/sir-bobby-s-football-run-2022. Or contact the Newcastle Hospitals Charity Office by calling 0191 213 7235 or emailing nuth.charity@nhs.net. 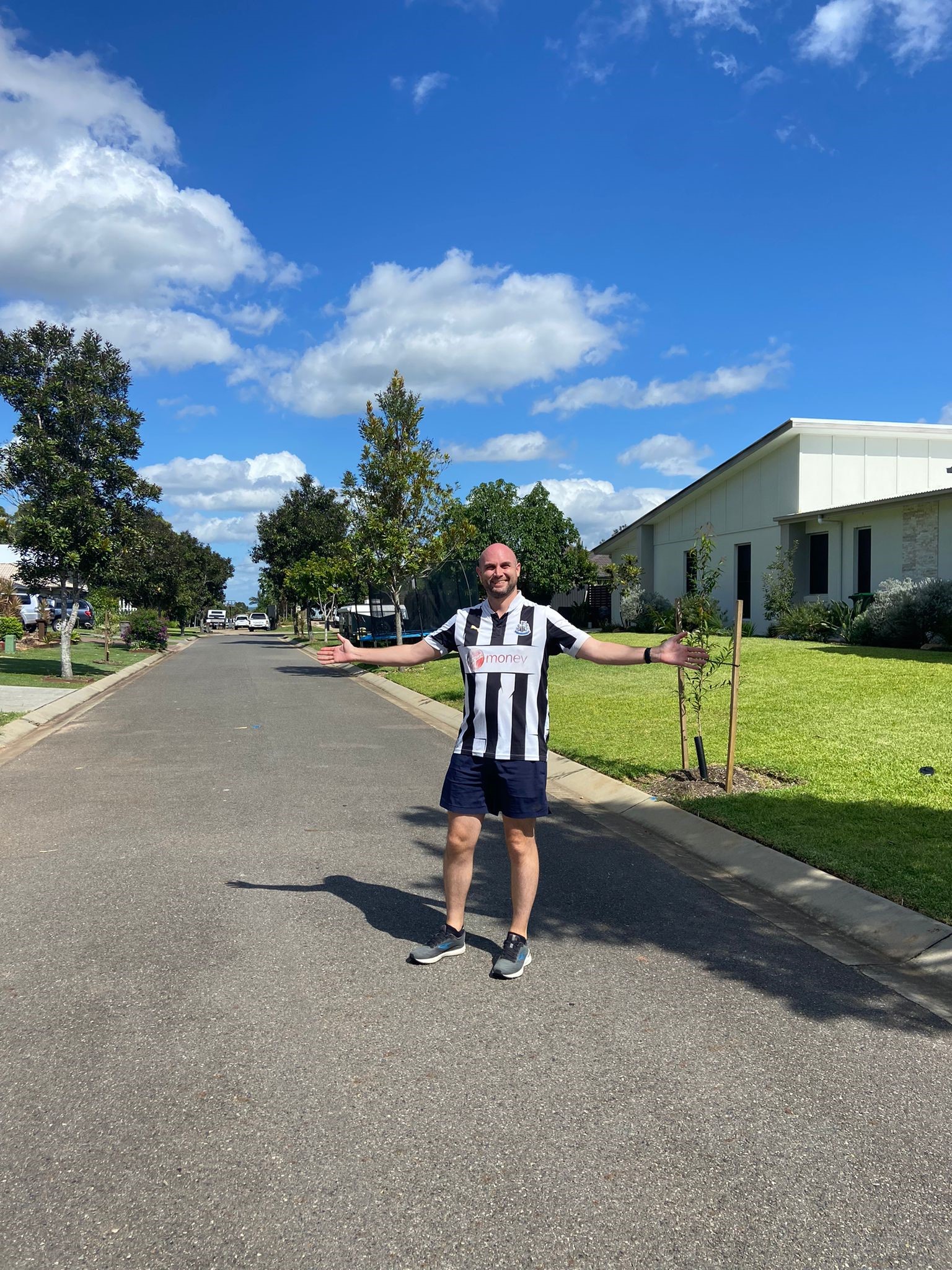