Terry Cochrane was a cracking signing, a new club record signing, a £238k from Burnley who was to make his Boro debut for John Neals team at home to Norwich City

Our season to date, hadn't started very well, we had played 9 games up to this day, 4 at home & 5 away
4 home games producing 3 defeats & one draw
5 away games producing one win, one draw & 3 defeats

Micky Burns, another recent signing, made a goalscoring away debut the previous Saturday in a 3-2 defeat at Man United
This day Micky Burns will make his home debut alongside Terry Cochrane
I was celebrating my 18th birthday & what a treat in store

The Yellow rose with my dad & a few of my mates, who were probably too young to consume alcohol
After the Yellow rose, my dad went with his mates in the chicken run, me, my younger brother & our mates went in the holgate end

I remember when the teams lined up for kickoff TC standing practically on the white line itself, which he didn't leave the whole afternoon, just mazy run, after mazy, run as close to the line as he possibly could, I had never seen anything like it

In front of our biggest home crowd of the season TC, registered No525, absolutely tortured Norwich that afternoon, maybe I'm looking through red, rose tinted glasses, but after all these years that game is still up there as one of my favourite games at AP, the mighty Boro winning our 1st home game of the season 2-0 with a Martin Peters OG & David Mills scoring his 5th goal of the season

On the night a gang of us went to the Westminster pub disco on Parly road then afterwards to the Fiesta nightclub in Norton, great day, great night too 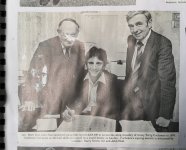 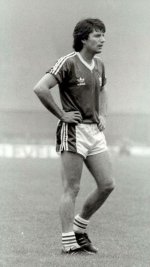 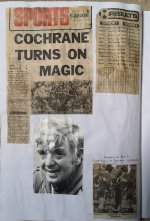 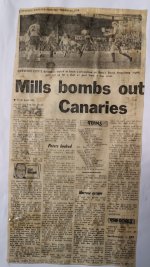