BBC says he can appeal but I heard an interview on the radio with an Australian reporter a couple of days ago who said if the immigration minister removed his visa which has now happened there is no comeback or appeal it’s final.

Probably the right decision given everything that subsequently was uncovered. Looks like he tried to play the system and the Australian government has gotten the measof him.

Great start to the day

Another anti-vax, Covid-19 denier put in his place.

GazC_MFC said:
The worse of it will be seeing farage’s mental gymnastics again
Click to expand... 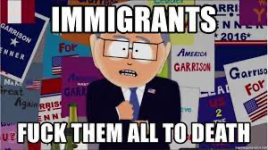 A lot of self inflicted damage to his reputation. Good.

Presumably he'll win the appeal again, but it'll be good for a day or so.

Presumably he'll win the appeal again, but it'll be good for a day or so.
Click to expand...

No right of appeal I understand.

BoroFur said:
No right of appeal I understand.
Click to expand...

There seems to be according to the BBC and GMB.

I'd prefer you to be right, but I'd be surprised if both channels get that wrong.

TeaCider said:
There seems to be according to the BBC and GMB.

I'd prefer you to be right, but I'd be surprised if both channels get that wrong.
Click to expand...

Novax lawyers have just filed an immediate injunction against the decision According to the Sydney Morning Herald. Their editorial in the last few minutes says what most Australians think. They don’t mince words.


“It was untenable to allow the unvaccinated tennis player to gain easy entry to Australia when he had misled border officials about his travel to Spain and been caught in public in Serbia while infectious with the coronavirus. The penalty is that he may be denied entry to Australia for three years.

But political factors were fundamental to the decision by Immigration Minister Alex Hawke, one of Morrison’s closest allies.

The government can see that Australians are in no mood to give Djokovic a waiver when so many people have put up with tough rules for so long – even when that has meant closing the border to the country’s own citizens.

That means the decision is the right call.”

aussie news take on it - channel 9

zorro_mfc said:
Isn’t it also the case of it’s removed by the immigration minister then he’s also banned for 3 years
Click to expand...

As the article I posted above says. May being the operative word.

I don’t think his lawyers have filed an injunction as of now.

they will no doubt be checking the detailed ruling before making a case as to why the decision is incorrect - I really don’t think they have a case. I can’t see Novak winning this battle.

the bigger question for me is the future of his tennis career - he’s 34 years of age - does he stop short of becoming the most successful mens tennis player ever because of his anti vac stance. Presumably he will have similar problems for other majors. He may well have to change his stance or find some crackpot dr to confirm he has been vaccinated!

Can you please deport him to Australia please?

Cardiffdaffs said:
How utterly depressing but predictable that this toe rag continues to embarrass us

Funny how judges are the 'goodies' now. Seem to recall they were 'enemies of the people' when they ruled against the government here in the UK.

I said on another thread that Djokovic has gone down in my estimation with the lies and manipulation he and his team have tried. He's stuck two fingers up at the authorities around the world and thought his millions of dollars would buy him privileges the common person would not receive.