Most influential band of all time...

#1
Has to be Led Zeppelin, surely?

#2
I kind of agree but most will say these gents. 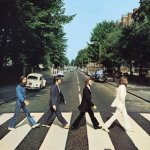 #3
Although not necessarily to my taste I would have to agree with The Beatles.

#5
The Beatles. Nothing else needed to add.

#6
No question the Beatles. Most covered songs, ground breaking albums. Beach Boys Brian Wilson and his obsession and jealousy with St Peppers.

#7
....and the most influential album has to be 'The Best of the Beatles'

#8
you can see most musical influences in the Beatles......Pistols NMTB close 2nd

#9
They certainly influenced Freddy and the Dreamers.

I'm not sure many bands are hugely influenced by other bands. There was a huge resemblance of UK female singer songs for 10 years. The "I couldn't care less" Dylan vocals are mimicked quite a lot. Also covers, but that's not new music influence.

John Mayall worked with musicians who took his ideas to other bands.

#11
Buddy Holly and The Crickets.
The Shadows.

There'd be no Beatles without them.

#12
Obviously not a band, but Elvis and some of the old bluesmen like Robert Johnson. Without them the musical landscape would be very different.....

#13
Lemmy_kilmister said:
Buddy Holly and The Crickets.
The Shadows.

There'd be no Beatles without them.
Click to expand...
I'd have to add Chuck Berry to that list

#17
red_harrington said:
Chuck Berry isn't a band
Click to expand...
Yes I know that to be true - but as with the other reply naming Elvis & Robert Johnson, I was adding to influences

without them you aint got no beatles or rolling stones.
Last edited: Jun 30, 2020
H

without them you aint got no beatles or rolling stones.
Click to expand...
Surprised nobody's mentioned Val Doonican.