Everton put up for sale

newyddion said:
I think a lot of owners were banking on the super league happening tbh

Listening to some podcasts that discuss European football Atletico are similar to Barcelona, they’ve had a few players at times they couldn’t register due to the wage cap. As Barca are bigger they say some of the issues at Atletico get missed.

LowMoorBoro said:
Listening to some podcasts that discuss European football Atletico are similar to Barcelona, they’ve had a few players at times they couldn’t register due to the wage cap. As Barca are bigger they say some of the issues at Atletico get missed.
Click to expand...

at least half of the founding clubs are openly dodgy when it comes to finances..

The likes for Spurs and Arsenal have made it clear where their priorities lie and that is the bottom line.

newyddion said:
at least half of the founding clubs are openly dodgy when it comes to finances..

The likes for Spurs and Arsenal have made it clear where their priorities lie and that is the bottom line.
Click to expand...

Arsenal are getting things very right on the pitch and have done it very well.
Great modern stadium, biggest fan base in London by a mile, exciting squad of young talent, buying well most recently, with a fabulous manager sitting top of the league on merit.
If Arsenal were to be put up for sale they would sell for an absolute fortune.
They are a proper club.
J

go-nads! said:
I don't see how Everton can be valued at anything other than nominal, they have something like £350 million in debt and a £500milliion stadium to pay for, that would value the club well over a £billion. How?
Click to expand...

That’s what I thought. And they’ve lost at least £100m a season for the last 3 seasons. And that’s with the PL TV and sponsorship money.

Everton's latest published accounts (usually published every April) to cover all of last season will be an interesting document.
They lost £121m in year to 30 June 21. They lost £140m the previous year. They lost £112m the year before that.
Their combined loss in the last 3 reported seasons is £373m.

The wage bill alone that last reported season was £181m and 94% of turnover. Over those 3 seasons they paid staff £507m. That is our combined turnover across the last 14 seasons.
Amortisation was a further £81m just for the season or £275m across the 3 seasons. (Offset by a £76m in profit over book value on player sales).

In mid 2018 Everton had a book value of £135m - pretty healthy. Their Balance Sheet P&L figure was a deficit of just £39m covering their entire history.
In June 2021 their book value is still positive at £88m, despite the obscene losses. This because £300m in equity has been injected into reserves.
Their debt is not their biggest issue, it is not unmanageable.
Their wage bill and crazy transfer activity has been their problem. They live so far beyond their means it is suicidal.
In just the last 3 published seasons Everton have paid their staff more than Middlesbrough FC has generated in revenue in all our seasons combined since and including the relegation season of 2008-09.

I'd imagine they will have lost big again in year to 2022. Without more capital injected they will implode.
They simply have nowhere near the revenue to compete.
The new stadium wont fill itself and they are no Arsenal or even Spurs.

I really hope they go titsup. Spectacularly badly run for years and deluded entitled supporters who think playing the likes of us, let alone Rotherham is beneath them. They are on a deafening wake up call.
Last edited: Wednesday at 12:04 PM

Antony Gordon looks like he is on his way to the Mags. Decor can't wait to get away - club is in a mess financially and with less than 6 days left of this transfer window no manager in sight.

Moshiri's came out and said the Toffees are not for sale. That will make the Everton fans happy. 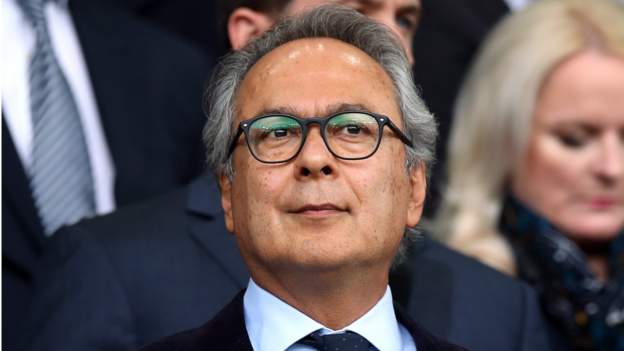 Everton are not for sale despite supporter protests against his running of the club, says owner Farhad Moshiri.