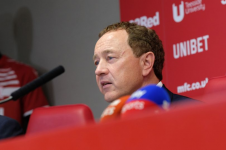 Derby County’s administrators have given an update on two potentially crippling compensations claims against the club from Championship rivals Middlesbrough and relegated Wycombe Wanderers.

Boro and Wanderers have lodged claims and the Rams administrators have sought advice from the EFL ahead of planned talks with the clubs.

Steve Gibson, owner and chairman of Middlesbrough, is making a claim for around £45m, which is yet to be addressed.

He feels Derby’s financial irregularities helped deny Boro a play-off place in the 20018/19 season after the Rams pipped them to the top six by just one point.

Wycombe, meanwhile, say they were relegated from the Championship last season because a previous points penalty was not imposed on the Rams, and want around £6m.

Carl Jackson, one of the Rams' joint administrators, gave the following update to RamsTV.

“We still have some claims from two football clubs, which have been well documented, and which we’re still dealing with,” he said.

“We still have to deal with a significant liability to HMRC but again, early discussions with them are positive, albeit at this point in time we have not got them to agree to our proposals, but they have not rejected our proposals. We have an on-going dialogue with them.

“So look, the EFL position was a big issue for us and we have now dealt with that, albeit disappointing to have another points deduction but we can move on and move forward.”

Asked about the outstanding claims by the two clubs and whether the EFL has entered those negotiations, given the fact it involves various members of the league, Mr Jackson added: “The claims are against Derby County Football Club and therefore, principally, those are issues that we have to deal with.

“It’s fair to say that there have been discussions with the EFL about those particular claims, and what I can say is the EFL will do what they can, working with us, to actually ensure those claims are dealt with properly and are not an impediment to our plans to restructure the club and find a new owner.” 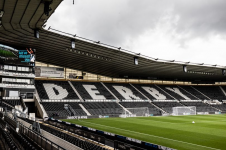 Derby County administrators have issued the latest on discussions with HMRC and on the future of Pride Park Stadium.

The Rams have been in administration since September and the search continues for a new owner.

Wayne Rooney's team has been hit by a 21-point deduction this season that has left them bottom of the Championship on minus three points and facing the prospect of relegation to League One.

Carl Jackson, one of the joint administrators from Quantuma, has said the parties interested in purchasing the club remain at the table despite the points deduction.

He also revealed that the timeframe for a takeover is likely to drift into January.

It has been reported that the club owes HMRC around £26m and discussions are ongoing.

"We still have to deal with a significant liability to HMRC, but again early discussions with them are positive albeit at this point in time we have not got them to agree to our proposals, but they have not rejected our proposals. We have an ongoing dialogue with them," Jackson told RamsTV.

On the situation with Pride Park Stadium, which is owned by former owner Mel Morris, Jackson was asked if the stadium would be included in the sale of the club.

"Yes. Our position has not changed there at all," Jackson said.

The stadium that they 'sold' is still theirs to sell?

Reading that article tells me our Gibson is serious about taking them to the cleaners. It would cost a prospective buyer just shy of £80m to cover all claims and the HMRC, derby are screwed

Worth a punt I suppose

Has a Mel business given the stadium back?

Way_Out_West said:
The stadium that they 'sold' is still theirs to sell?
Click to expand...

That last article says prospective owners would have to purchase the stadium.

Does Gibson seriously think he's doing himself or MFC any favours by very publicly kicking a club when its down?
Wycombe have a case. We don't.

NYboro said:
I think there's a figure quoted somewhere on what they need to pay Mel - I think it was 20 million
Click to expand...

Why do Wycombe have a case if we don't?

Wycombe weren't even in the same league when most of Derby's cheating occurred.

I’m very much in favour of what Gibson is doing in regard to bringing Derby to account.

they sold the stadium and rented it back .... how is it included in the sale? Did they buy it back for a £1?

One Derby fan posted that the Administrators should offer Mel Morris a pound for Pride Park, as he has no use for it anymore!

I think we do.
And the reason they are in the state they are in is of their own making.
No sympathy from me for a club which tries to gain advantage by cheating the rest of us.
Let them take the consequences and let it be a lesson to anyone else thinking of trying it.

Them bas rads cheated the boro

some basic rules need to be applied moving forward to all clubs, they have to clear their debts to HMRC IN FULL, remember Boro where taken to the brink by the FA/League changing rules about debts and we needed to settle with every debtor we had.
They are not allowed to buy any players until they have cleared debts on existing transfers. and transfers would become a lot more sensible if they had to be paid for at the time and not on tick, look at the mess Portsmouth / Sunderland got into having players they had sold still as transfer debt / wages debt.
Clubs falling into arrears with HMRC of more than one season are barred from buying players, tax revenue in theory goes for the benefit of the country as a whole, football should not be allowed to avoid paying their share.
Salary caps should be brought in for all levels in the game, the teams going up from the championship do not get any revenues from the league that year as they will be getting over £100m in the premiership, their monies due get paid elsewhere say the three play off teams who did not make it, or to the three promoted teams from league one

I read somewhere that it is expected that he would sell the stadium back for about 20mill, HMRC debt 26mill, I'm sure they still owe transfer money to someone of a few mill, possible debt to us and wycombe up to 50mill. So that's what potentially 100millto pay off the clubs debts, that's if the administrators sell the club for £1. Still I think us and Wycombe will take significantly lower compensation say 8 mill for us and 2mill for Wycombe that would still leave the club with debts of 60mill-ish

Not sure who would buy a League one club for that kind of money. Could end up being a firesale of the few talents they've got. If they can knock that down to less than 30mill then I'm sure someone will buy them. But then they'll have to work with strict league One FFP and a decimated playing squad. Could take a few years to rebuild.
S

News just in.
Continuing with their policy of dealing with one problem at a time.
Derby administrators have appealed for someone to donate one of these. 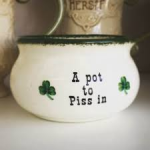