Not noticed her work before, has some interesting views, formed from what I read, a limited understanding of the issues: 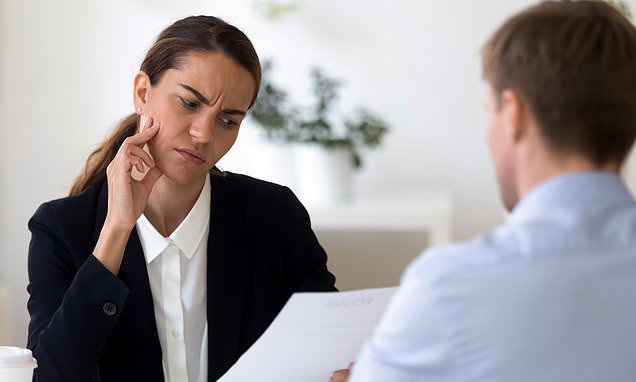 RUTH SUNDERLAND: The ranks of the 'economically inactive' - those of working age who are not gainfully employed - have surged since Covid, with many of them having signed off sick.

Here's me thinking years of austerity and cuts in public services and zero hours jobs and robbing workers of 10% of their pay and refusing to give it back and bosses raking it in and jobs and honours for the boys including spies and being scared of the right wing and calling a stupid referendum and lying and cheating your way through your whole life right to the top and getting away with it .
When really it's those lazy bar stewards in Middlesbrough's fault

Feel free to add to the list if you wish
B

Interesting, just reading some more of her back catalogue and generally seems to be quite fact based and business focused, might have had some sub-editor add a bit to make it "suitable"
U

Pretty much every single issue that she raises in that piece could have been at least mitigated by not having the current bunch of criminal chancers in government for the last decade.

It is quite a nasty article, because she implies most of the official sick are not sick, just a bit sick.

If the average male in Blackpool is dying before they are 54, that suggests to me they are not in a great state of health and they are going to struggle on the Amazon type production line. I suspect sick people are moving to Blackpool as they know they have a limited life and see Blackpool as a slightly more healthier place than central Manchester or Liverpool. A more interesting article is why are men dying at 53 and 54 in Blackpool. In Middlesbrough I would have thought its not a lot better at about age 62.

There is another interesting debate about why are people leaving the workforce before 66 and its not health related. A few years ago I worked out my hourly rate of pay to be a net £7.50/hour and I was experienced professional - I was doing unpaid overtime to help my students. In another senior job it was around £5.40/hour (gig style job working from home on fixed sum completion). After a while you decide why should I do something I was liking less and less, that requires constant training/updating and has responsibilities, for such pay. My contention is that pay has failed to keep up with even low inflation in some professions. Reading on here I would be better off delivering takeaways than some teaching work.

Most people with a disability are not in paid employment, but I know there is still significant discrimination against people with a disability in the workplace e.g. how many employers have more than 2% of the workplace with an official disability? (when nearly 10% of the UK population is disabled). Access to Work scheme is hardly promoted at all by the Government, most employers have not heard of it. Some say its because they want many to claim help. A to W helps make work accessible.

People who have earned money before they are 66 have a perfect right to do what they like with their time and money, we are not at war. The advantage of a money based economy is that is a person's right to do anything legal with their money and time. It only becomes an issue if they are claiming State benefits before they are 66. Maybe many people over 55 are taking their private pensions before 66 and before they die. Some 55-65 year olds are caring for more elderly parents say in their late 80s and 90s. In the 1960s say this did not happen because people were dead before they were 85 (my oldest grand parent died aged 75).

If we turned the clock back to the 1960s you would find the economically active figures were lower than now when it was typical of only one person per household to be working.
Last edited: Jul 4, 2022

It's in/on the Daily Mail that bastion of truth and free thinking...

Colour me unconvinced. Not bothered reading it, I won't give them the free click.
U

Johnny Vincents Motorbike said:
she grew up in Linthorpe during the 70s and 80's.

her dad worked at Head Wrightson (HW closed in 1987 and was based at Thornaby) and was made redundant, her mam was a school teacher.

her granny had a chip shop on Cannon Street.


dont sound to me like she was hard done by - a life of luxury by most middlesbrough kids standards - however its not a race to the bottom - and she has done well for herself professionally - a little more empathy would go a long way.
Click to expand...

Her dad was really badly affected by being out of work and it contributed to him dying younger than he might otherwise?

Youngsters dealing with physical and mental illnesses - sort your lives out kids, although in a couple of sentences time I'll admit that the numbers for this are very small.

People who have left the workforce after 40 years? She'd be telling people like her dad to sort himself out and get back to work.

Some pretty unpleasant undertones to that article. Unsurprising given the publication of course.

My dad drank himself to death because Tory government wanted steel works closed but I still support them and their policy to sick and unemployed now, because I have a job.

I was made redundant at same time as her dad. Retrained went to work all over the world, sometimes for crap money to pay my bills and feed my family. Then worked offshore for over 20 years. Hated every minute of it but it was a means to an end. Intended to retire at 63 and I did in the end but unfortunately my wife died suddenly the day before I was due home when I was 62. I regret the retirement I missed with her and wished I had retired earlier but always worried whether I could afford to.
So how can this women criticise anyone for retiring too early. I am 68 now maybe she thinks I should get a part time job.

Really sorry to hear that ARATC. That must have been really traumatic. Never begrudge guys who work offshore their money. It's a trade off I'd never consider but that's because I'm not in the position you were when you had no choice.
All the best fella.

asredastheycome said:
I am 68 now maybe she thinks I should get a part time job.
Click to expand...

Yes, but only if it's zero hours contract. As far as she and DM are concerned you are simply a worker drone to be exploited for every penny the capitalists can get out of you.

A question to Ruth Sutherland - why were there no alternative jobs on Teesside for her Dad after he lost his job in the steel industry?

The UK economy was doing quite well wasn't it?

ThePrisoner said:
Yes, but only if it's zero hours contract. As far as she and DM are concerned you are simply a worker drone to be exploited for every penny the capitalists can get out of you.
Click to expand...

Unless there is a war and then you are expected to be shot at and kill others, and if you refuse sent to prison or worse killed tied to a post, by your own army.
Last edited: Jul 4, 2022

Redwurzel said:
A question to Ruth Sutherland - why were there no alternative jobs on Teesside for her Dad after he lost his job in the steel industry?

The UK economy was doing quite well wasn't it?
Click to expand...

TBH that was one of the points I was going to make but got side tracked.

I went to sixth form with Ruth and also Uni. She went out with a good mate of mine.

She criticises 60 years olds for not working full time, but are employers treating a 60 year old the same as a say a 25 year old you do wonder when employers say they want people who are "digital natives" Is there age discrimination in the UK?

She seems to have all the facts on how many people are claiming benefits in Middlesbrough, but not how many current job vacancies there are.

I assume there around 15,000 to 16,000 people claiming some form of out of work benefit (14.2% of the working population for her figures) - Are there a similar number of vacancies?

Young males claiming sick benefits is concerning, how many have drug/drink problems? work with illegal drugs? have criminal records? why are so many young men depressed?

The Might Redcar documentary highlighted a young woman who could not get a job as a car mechanic, despite an excellent employment record which is inconsistent with the very bleak picture painted in the Ruth Sutherland article.

Does Ruth have a view on railway workers that want to remain in employment in the rail industry, but may be forced out by compulsory redundancies?

I think she might be an interesting panelist on QT.
Last edited: Jul 5, 2022

“At least some of whom could be coaxed back into a job with support and encouragement“!!
The stupid cow!! People could be coaxed back into work with MONEY!! Mr Barclays et all don’t accept “support and encouragement“ as mortgage repayments. People like her make you ashamed to be from Teesside.
You must log in or register to reply here.
Share:
Facebook Twitter Reddit Pinterest Tumblr WhatsApp Email Share Link
Top