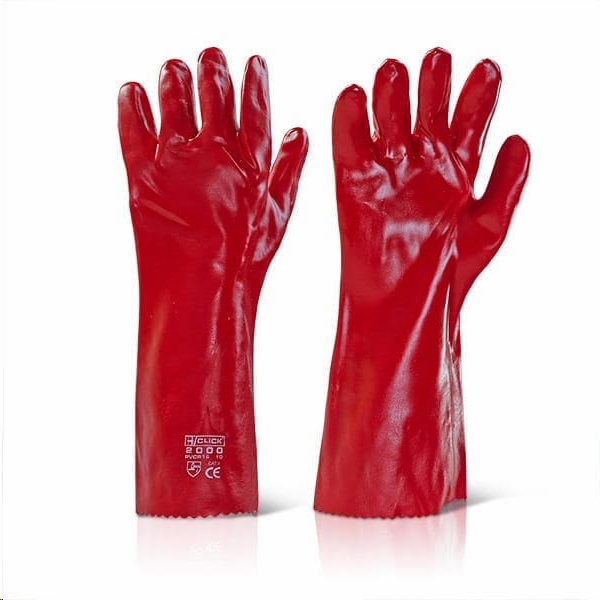 The first game under Warnock where the crowd turns, where as the penalty decision definitely goes our way against Blackburn with a full Stadium, the fans are definitely booing the team off the pitch after a 3-0 defeat at home against Rotherham with calls for Steve Gibson to 'get yer money out' and no doubt some specific advice directed at Betinelli and Britt.

Before I go on.. Jamal Blackman, what a guy! Whilst he did nothing particularly special, he will always been fondly remember as a keeper who was better than any of this dross we have right now. I personally thought that his bright red gauntlet gloves were outstanding, they were the real stars of the show. Distracting, subliminal, off-putting.. great work guys.

To the virtual Riverside, through the crowd of gasps and tuts, disappointed mumbles and mutterings 'ah know yeah, I'd get rid of him me like' and always without fail the sound of a bin getting kicked.

To the pub, the knowing glances, eyes rolling from across the room, confirmatory shakes of the head and offers of consolatory pints. 'What went on there?' 'EVERY TIME!' pub conclusion. 'I'd get Sol Brynn in me like and get him some of the big massive red gloves' followed by top trumps of WHAT TO DO WITH BRITT? 'I'd sell him me like' - 'I'd give him away me' - 'dya know what I'd pay him more NOT to play for us, and I'd drive him to Australia and drop him off at Rudy's house' then to a game of WHO WOULD YOU PLAY INSTEAD OF BRITT; 'Walker, why did we send him out on loan? he's mint' ' get Charlie Wyke in,' 'put Coulson up top and play him next to Betinelli.. can't be any worse than he is in goal.'

Houston we have a problem.. the loss of Dijksteel, Fry and Tavernier arguably the best players in their positions in the championship left a massive gap of quality in our team, the players that came in showed us why they are not starting and underlined what a huge contribution our missing trio make to the side as a whole. It was too much for the players coming in to all step up their game and get up to speed.

The game kicked off with Warniock in good spirits and George Saville raring to go, whilst the gaffa didn't go for 5-3-2 seeing Roberts and Watmore in a 'Christmas Tree Formation' behind our main 'striker' looked very promising. Crooks caught Morsy after only 2 minutes and Britt had a none-opportunity soon after from an offside position against Wood. 6 minutes in Watmore brings the ball into the box for Britt only for him to slowly scuff the chance in typical fashion. In a call and answer type fashion Matt Crooks sets up Michael Smith with a great pass only for the ball to skim past the far post. A lucky escape but a snapshot of how the match was about to unfold.

Neil Maddison and Mark Drury were having a right good laugh at Rotherham narrowly missing the target, pretty hollow when they are creating quality chances on goal, our ponderous attitude in and around the box led to nothing more than teeth grinding and the dogs leaving the room in anticipation of a foul mouth tirade aimed towards the television. Next up, we saw an excellent free kick driven low from Paddy McNair met with derisory comments for radio blowhards Neil and Mark, but had the penny finally dropped, we've done very little with nuanced accurate balls floated high up into the box. The low fast diagonal strike could have caused problems had any of our players been aware of it, instead daydreaming statues saw the opportunity whizz past them.

Jonny Howson looked like the main boss man, he was everywhere keeping the game ticking over, setting the pace, controlling the tempo. He nearly gifted Matt Crooks a golden opportunity after a poor touch under pressure of the ball towards Betinelli. All his hard work out of the window with a silly and unnecessary error.

New boy, come head boy, come teacher's pet, Duncan Watmore, lined up beside his fellow former 'English Messi' wonderkid teammate/frenemy Patrick Roberts. Although for the first twenty minutes they seemed to be doing their own thing, around thirty minutes into the game they did seem to click, Roberts looked strong picking up the ball at pace and feeding it to Boro players, Watmore moving quickly into dangerous areas doing his very best to grab the game by the scruff of the neck and really take it to Rotherham. Roberts was playing well, no longer in competition with Watmore who had a superb effort on goal as a result cutting out the middle man.

Matt Crooks in control of the ball in our penalty box dropped to his knees for the worst dive you'll see this year. Unsurprisingly the referee waved away any lame claim to a penalty but it was unsettling that he was able to in be that in that position in the first place and comfortably so. Soon after Matt is the man again moving towards goal, Jonny Howson doing just enough to obscure the shot from Betinelli before turning his back and letting the shot sneak into the bottom corner. It was a long time coming.

First half being honest about it, they could have been two or three nil up, they got the ball forward and their players were quick to pull the trigger. Britt had 4 chances which is clearly nowhere near enough for him. Britt and Spence have been poor i.m.o. too slow with decision making or maybe even overthinking when attacking.

We start up again with Spence looking poor against Crooks, it looks like there's lots of space available on the pitch, we look much shorter than them either through our inability to make anything for balls in the air or to deal with simple balls played over the top. Howson gets back in the good books after saving the day from a Rotherham free kick, he looked like the only Boro player that was switched on (including our keeper)

We see another shot from Morsy hastily snatched at, he looked out of sorts like the Rotherham lads had gotten under his skin. Over stimulated, too much adrenalin, not the efficient machine we've grown used to (check out Basketball Fundamentals: A Complete Mental Training Guide by Jay Mikes)

Three substitutes follow unsurprisingly Spence and Assombalonga are pulled off with Roberts making way for fresh legs and a bit more height. On come Coulson, Wing and Akpom, Coulson immediately looking more promising than Spence, more zip and moving towards goal with every opportunity. Wing keeps it simple and Akpom looks at least physically the better option with the Rotherham players seemingly growing with every ball lifted into the air.

A free kick from Rotherham results in our awkwardly positioned keeper taking out Michael Ihiekwe with a feet first challenge, we gift them a penalty and Michael Smith steps up to put away a well deserved second goal. The Rotherham lads crowd round Morsy to really rub it in and wind him up even further.

Head in hands, we are taking too long with everything and still look too small. Two more substitutes at 80 minutes with Johnson and Fletcher coming on for our two best players Bola and Watmore. Neil Maddison reckons we've done that with with an eye on Saturday against Norwich. Lewis Wing has a long range effort go skyward then as if to add insult to injury Rotherham substitute Ryan Giles slots the ball between Betinelli's legs after four minutes on the pitch to put the final bullet in the head.

Beaten 3-0 at home by a bottom 3 championship side? 'THE TABLE IS LYING' both in terms of Rotherham's position and our own based on our current available personnel. We were

Short and ponderous, beaten by a team more than happy to pull the trigger in the box. Need to get back to basics against Norwich.


Betinelli - 5/10 exposed with the loss of key defenders and a pedestrian looking midfield. giving away the penna was a chump move.

Spence - 5/10 caught sightseeing in attack, seems to have taken a leaf out of Britt's book.

Wood - 7/10 gave a good account of himself, gets better with ever game.

McNair - 6/10 the penny dropped with our height but need more communication.

Morsy - 6/10 I think the Rotherham players got inside his head. They out Morsy'd him.

Saville - 6/10 seemed a shadow of his former self, clearly missing the boys.

Roberts - 6/10 he looked strong with balls to feet, can only get sharper.

Watmore - 7/10 tried to grab the game by the scuff of the neck our best player on the day.

Assombalonga - 5/10 only seems to switch on with the ball at his feet, looks like he's getting his strikers instinct by fax, he needs to start pulling the trigger in and around the box.

Coulson - 6/10 much more direct and will make a bolt for goal given half a chance.
Wing - 5/10 rusty rockets needed to unleash his inner Tarmo.. he didn't
Akpom - 5/10 started strong, coasted a little, could do with more game time.
Johnson - 6/10 sacrificed game time for the bigger picture i.m.o.
Fletcher - 6/10 bigger unit with some nice touches, we need him up to speed ASAP
Reactions: buffaloboro, newyddion, Caesium137 and 2 others