Warnock quizzed on future & whether he'll stay beyond this season

Neil Warnock says talks over his Middlesbrough future can wait, but before he discusses staying on as boss, he must first get the green light from his wife.

Warnock is loving life on Teesside. His team are playing well, he likes the area and he's enjoying the opportunity to finally work for Steve Gibson.

The chairman, Warnock says, "keeps asking" the manager about his future. But Warnock says for now his immediate concern is the current campaign and Boro's promotion push. 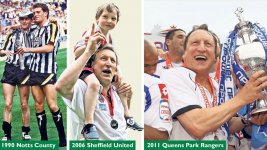 Of utmost importance to Warnock, of course, is his family, and he'll only stay in the dugout if it gets the thumbs up from his wife, Sharon.

“It’s difficult in my case, because it’s not so much down to me, I’m afraid I’m under the thumb," smiled the boss in his press conference on Friday when quizzed on his future.

"It’s whether she relinquishes things! I know she’s desperate for us to go to Italy for a few months. 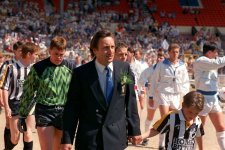 “I am enjoying it, she knows that, but at the same time, she does say, ‘Don’t forget how old you are. How long have we got left?’ When you’ve been through what Sharon’s been through, you have to listen a little bit as well.

"I think it will all sort itself out. I know that Steve keeps asking me, but all I want to do is the best at this moment in time. We’ll worry about the rest at a later date." 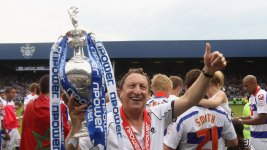 Warnock always says he focuses on the here and now rather than looking too far into the future. 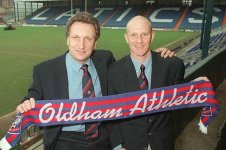 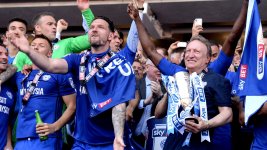 "Every time you look at the news, somebody you know has died. Younger people than you have died. Sharon’s been through hell with what she’s been through, so you do have to get things in perspective at times. 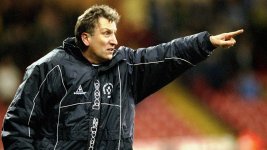 "It’s one of those things, when you’re 72, you want to get success yesterday. That’s why this is a big 22 games for me. I don’t want to think, ‘We’re not doing bad, we’ll build for next year’. I want success now. 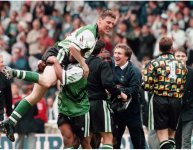 "It’s going to be difficult, probably the hardest job I’ve ever had, to do that. But I want my lads to be up for the challenge." 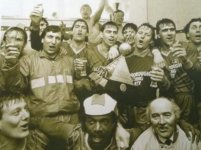 Half a season in to his first full campaign in charge, the only disappointment for Warnock so far is the fact his Boro side have had to play in front of empty stands, for it's no secret how much the experienced boss loves the interaction with fans. 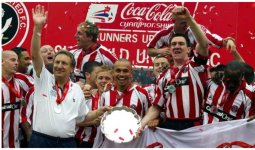 He said: "It's a great club and Steve is a great guy. I always work better working for one individual. 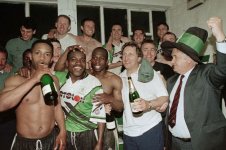 "It would be great to get fans in to give something to cheer but I hope we are helping the fans watching at home."

Very understandable at Neil's age and what his wife's been through.
Another season would be a huge bonus for us, here's hoping
If you are reading this Sharon, just 1 more season please.

Fully understandable if not. He has come in and got us going again and made players better. That's all you can do as a manager.

We've managed to tie down the majority of our biggest assets so the future of the club is in good. That said it goes make me wonder how he's selling it to these players if he's thinking of leaving? Do you commit to a longterm deal without knowing who the manager is going to be? I guess they don't overly care.

I imagine he could have a hand in finding a replacement if he does pack in. Kevin Blackwell? Just for the sake of continuity?

I hope he gives it another year. That's if we go up or don't. It's still been a massive improvement on last seasons dross. It's a shame if he leaves and he's had 18 months with no fans.

Just see how it goes I guess. It's not really a panic situation and will sort itself out in the summer.

Love it when he says that “he is under the thumb” - major respect, although almost certainly said tongue in cheek, not a lot of geezers would admit to that!!

If you're reading this Sharon. PLEASE let him have one more season!

Surely this Italy thing is manageable with a private jet and a bit of zoom....?

I reckon as with everything Warnock does and says there's an element of man management to this statement. He knows the lads wanna play for him and will give the lot to get him another promotion. Never expected to love having him as gaffer so much but he's direct in a way that fans can completely get on board with but also frank with his players, often publicly in a way that motivates.

I think with how united the fans are around him and this group of players really giving it a go that we'd be superb at home under him in a Karankaesque way and I hope it's something I get to see.
You must log in or register to reply here.
Share:
Facebook Twitter Reddit Pinterest Tumblr WhatsApp Email Share Link
Top
X